Nate was named a "Mover and Shaker" by Library Journal in 2012. He earned his undergraduate degree in art from Skidmore College and an MLIS from Pratt Institute’s School of Information. Nate currently serves on the New York State Board of Regents Advisory Committee on Libraries, the advisory board for Pratt’s School of Information, and the advisory board for the American Library Association’s Office for Information Technology Policy. His library projects have been exhibited at the Cooper Hewitt Smithsonian Design Museum, and he has spoken about his work in Denmark, Scotland, Greece, Colombia, and elsewhere.

When he’s not busy library-ing, Nate enjoys hiking, camping, art, design, and tinkering alongside his wife and kids. 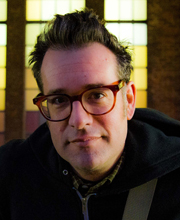